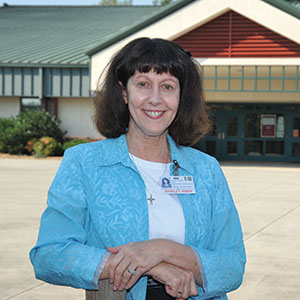 When Shirley Irwin returned to the office after a summer hiatus, she noticed that the image on her computer monitor was blurry. Shirley, a school psychologist, experienced difficulty reading and working on her computer due to poor vision. Her early morning commute was a challenge, too. “It seemed like I had a film on my eyes,”
she describes.

With a family history of cataracts, Shirley was younger than most people who seek treatment. The staff of Drs. Campbell, Cunningham, Taylor & Haun was sensitive to this situation. “My fears were calmed by their caring and knowledgeable staff. They were thorough and informative,” she recalls. “They took the time to explain my options.”

Shirley chose Crystalens® and had her initial lens replacement procedure in 2008 in the first eye and the lens replacement in her second eye in 2012. “My choice of Crystalens proved to be a great decision. After the procedure, my vision was immediately crystal clear,” she says. “It was unbelievable.”

Before Crystalens, Shirley had difficulty cooking, reading, sewing, and even driving to work. Now, she no longer needs glasses. “I often tell my husband that it’s like I can see everything in high definition,” she explains. 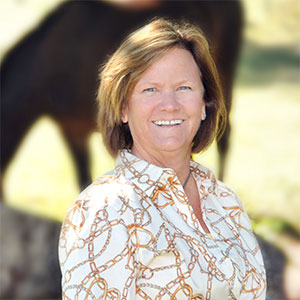 Celia Ponsler thought she would have to choose between her horses and having her vision corrected.

For this lifelong rider, it was an impossible choice. “I had gone to one eye doctor who told me my vision was uncorrectable,” she recalls. When her farrier gave her a brochure for Drs. Campbell, Cunni… END_OF_DOCUMENT_TOKEN_TO_BE_REPLACED