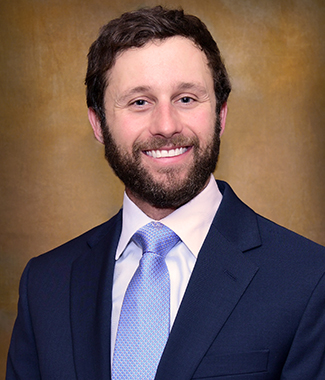 “I knew going into med school that not only did I want to do Ophthalmology, but I wanted to do it at this practice. It’s not just because of continuing a legacy… I wanted to come back because I knew it was a great practice.”

Call it fate, destiny, or even serendipity, but some people just seem to be inherently predisposed to following a certain path in life. Eric Sollenberger, M.D., can easily attest to being one of those inclined individuals. As a Cornea Specialist at Drs. Campbell, Cunningham, Taylor & Haun, Dr. Sollenberger can recall various “nudges” throughout his life that eventually led him to fulfill his highest calling.

That calling materialized into Dr. Sollenberger’s role today as a Cornea Specialist, focusing on the diagnosis, management, and treatment of conditions and diseases of the cornea with both surgical and nonsurgical technology. Dr. Sollenberger is also well versed on the gamut of other eye conditions and diseases that make up general Ophthalmology, such as cataracts, glaucoma, macular degeneration, diabetic retinopathy, and much more.

A proud East Tennessee native, Sollenberger was born and raised in Knoxville. The grandson of Dr. J. Ed Campbell, who founded what was to become Drs. Campbell, Cunningham, Taylor & Haun in 1952, Sollenberger’s exposure to the field throughout his youth played a substantial role in his decision to pursue Ophthalmology. Another influence, his mother, Marylin Sollenberger, also worked in the practice as a Certified Ophthalmic Technician (COT), becoming an expert at premium intraocular lens replacement for cataract patients and training other technicians on multifocal lenses. For Sollenberger, being able to witness firsthand such monumental improvements in people’s lives through medical procedures that essentially took only a matter of minutes to perform left an indelible impact. 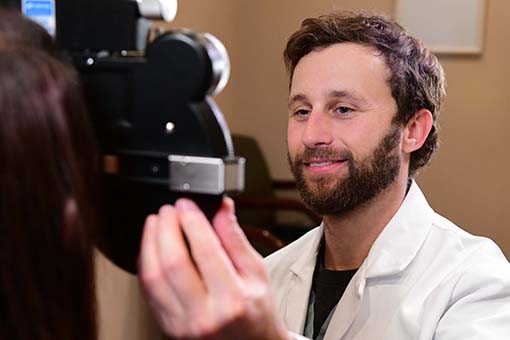 Growing up, Sollenberger lived an active lifestyle playing baseball and soccer throughout his school years and even rugby later in high school. A broken superior orbital bone his senior year, however, ended his rugby career when his uncle, Philip Campbell, M.D., advised him that if he broke his orbital bone again, it could mean serious consequences for his eye.

But the first true experience with the amazing ophthalmic world came in 7th grade as a result of a required science project. Sollenberger convinced his Uncle Philip to allow him and a classmate to perform and record a LASIK® procedure on a pig eye (commonly used for training) so they could present the procedure for their class project.

“That was my first real exposure to Ophthalmology,” Sollenberger said. “I remember thinking how awesome it was. It was an incredible hands-on experience for a 12-year-old. It’s those little things that sort of nudge you through your whole life…my grandfather and uncle telling me it’s a great field, then hands-on experiences at a young age. I just knew I wanted to do Ophthalmology.”

Sollenberger worked part-time at the Campbell Cunningham Laser Center in high school, gaining even more exposure to the world of eye care. After high school, he attended University of Colorado Boulder for his freshman year before returning home to attend University of Tennessee to begin his premed track. Sollenberger completed his premed curriculum in addition to graduating with degrees in Economics and Supply Chain Management in Knoxville then traversed the state to attend medical school at the UT Health Science Center in Memphis.

Even though he was already sold on pursuing Ophthalmology, Sollenberger said it was the clinical rotations in med school that really gave him the vibe of the profession.

“When I rotated through the Ophthalmology department at Memphis, I thought to myself, ‘These are my people,’” he said. “I just kind of found my crew and knew immediately this is where I belong.”

During Sollenberger’s residency at Hamilton Eye Institute in Memphis, an annual pro bono event called Cataract-A-Thon offered him his first full experience with life-changing cataract surgery. At this event, qualifying patients who didn’t have insurance and couldn’t afford surgery could have their sight restored at no charge.

“That was a great opportunity for some of the second-year residents to get their first real cataract surgeries under their belt,” Sollenberger said. “You would have performed 60-80 partial surgeries up to that point, but this was the opportunity to spread your wings and do the full surgery from start to finish.”

His first Cataract-A-Thon patient was a truly satisfying case where a life was remarkably changed for the better.

“He had hand-motion vision going into surgery,” Sollenberger recalled. “The next day, he was seeing 20/30 and 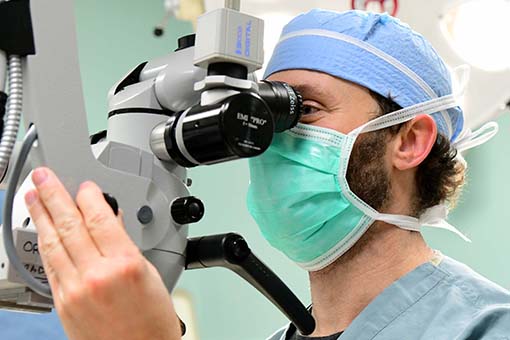 eventually got to 20/20 within a week. He was beyond thrilled. The patient’s family later said he regained his zest for life. It’s so rewarding when it’s your patient and you’ve established this relationship with them. It’s wild. I love it.”

Soon after his residency, Sollenberger’s cornea fellowship at Washington University in St. Louis helped enthrall him with cornea transplants.

“Cornea transplants are an unbelievable surgery,” Sollenberger said. “The degree of sophistication that we have with transplants now is amazing. Being able to transplant a piece of tissue that is a hundredth of a millimeter thick in 30 minutes and restore a patient’s vision is incredible. It’s such an elegant surgery.”

Dr. Sollenberger is excited about introducing even more advanced vision-improving techniques at Drs. Campbell, Cunningham, Taylor & Haun, including a procedure called DSO (Descemet Stripping Only), a non-transplant procedure to address Fuch’s dystrophy. With Dr. Anthony Lubniewski, Dr. Sollenberger performed the first two of these procedures ever done at Washington University in St. Louis. Both patients, who were an uncorrectable 20/60 at first, ended up with 20/20 vision after their procedures.

Though Dr. Sollenberger brings a wealth of knowledge and passion about all things Ophthalmology to the practice, cornea transplants and excellent refractive outcomes really fuel his passion for the field.

“Cornea transplants are part of what gets me excited about the day,” he said. “Something that I really take pride in is getting patients as optically perfect as I can. I just love getting really nice refractive outcomes.”

Dr. Sollenberger has come full circle by joining a practice that has been an East Tennessee institution since 1952, something he couldn’t be more pleased about.

“It’s pretty special. I knew going into med school that not only did I want to do Ophthalmology, but I wanted to do it at this practice,” he said. “It’s not just about continuing a family legacy. That’s certainly nice, but I wanted to come back because I knew it was just a great practice. I knew the doctors, the staff, and just knew it was an exceptional crew that I’ve had the pleasure of knowing for a long time.”

Although his grandfather didn’t ‘push’ him to pursue Ophthalmology, Sollenberger will tell you there were some ‘nudges’ along the way that helped point him in the right direction.

“When I was a teenager and having more complex conversations with him, I remember him telling me that job satisfaction is unbelievable,” Sollenberger said. “He said every day you make a difference in someone’s life, and that just doesn’t get old. And now I get to do that for a living.”

When Dr. Sollenberger isn’t tending to his patients, the avid outdoorsman enjoys rock climbing, fly fishing, and hiking. He and his fiancé, Anna, are always on the lookout for their next outdoor adventure. 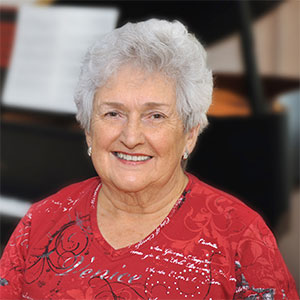 For more than seventy years, Margaret Seagraves has made beautiful music on her piano. Margaret began playing at the age of five, but in recent years, her ability to read the music became increasingly difficult. She eventually needed special glasses for this task.