For patients who want to avoid the discomfort associated with a dilated eye exam, there is an alternative. 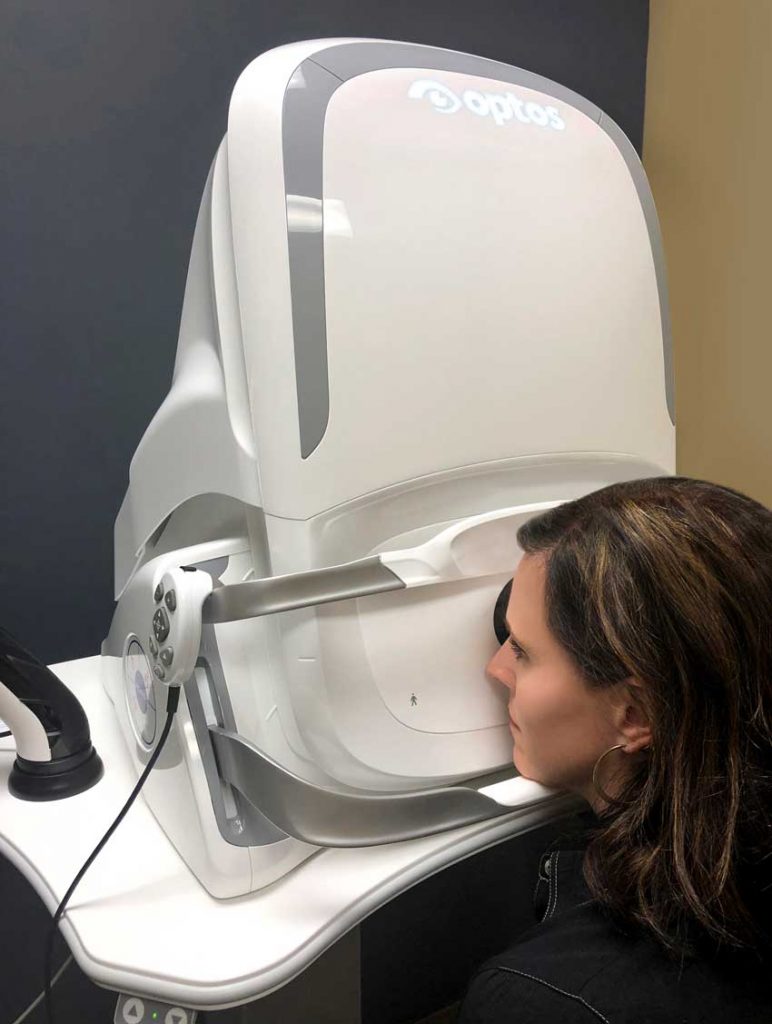 What is Optomap?
Using dilation drops is the traditional method of examining the retina. Optomap retinal exam, a panoramic digital image of the retina with scanning laser technology, is a patient-friendly exam without dilation drops.
Fast, painless and comfortable – nothing touches the eye, Optomap is suitable for the whole family.

Who is a good candidate?

What happens during the Optomap exam?
The optometrist technician gently positions your head to look into the scanning device one eye at a time, like looking through a keyhole. You look at the ball in the middle of the circle and an image of the retina is captured in seconds. You will see a comfortable flash of light to let you know the image of your retina has been taken. The process is repeated with the other eye.

How does Optomap work?
Optomap images are created by non-invasive, low-intensity scanning lasers that encompass a widefield digital image of the retina without dilation drops. The image can then be filtered, allowing various layers of the retina to be evaluated. The digital image lets the eye care professional review it for a quick evaluation. The image is stored for future comparisons.

Why is it important to have the retina examined?
The retina (located in the back of your eye) is the only place in the body where blood vessels can be seen directly.
Eye diseases, such as Glaucoma, retinal detachment, Macular Degeneration, eye tumors or eye cancer as well as signs of other diseases, such as stroke, heart disease, hypertension and diabetes, can also be seen in the retina. Early signs can show on your retina long before you notice any changes to your vision or feel pain.

A traditional exam with dilation is especially important if you’re at high risk of retinal issues. During a laser retina scan, such as Optomap, your eyes might or might not be dilated. Although these laser retina scans can detect some retinal abnormalities, the scans have limitations.

What is the cost of this exam? Is it covered by insurance?
The cost for an Optomap exam is $39.

As a general rule, if the images are taken as baseline documentation of a healthy eye or as preventative medicine to screen for potential disease, then it is not covered by most health insurance plans, including Medicare.

Where can I have this exam?
EyeCare Optical, a division of Drs. Campbell, Cunningham, Taylor and Haun, is pleased to offer Optomap Retinal Exams at these locations: 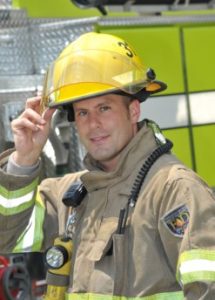 When the fire bell sounded, Dan Gibbs was left with three bad choices—throw on his glasses (which could interfere with his gear), try to insert his contacts while riding to the fire, or not see what he was doing once he got there. “There really wasn’t a good choice,” says Gibbs, “until I … END_OF_DOCUMENT_TOKEN_TO_BE_REPLACED