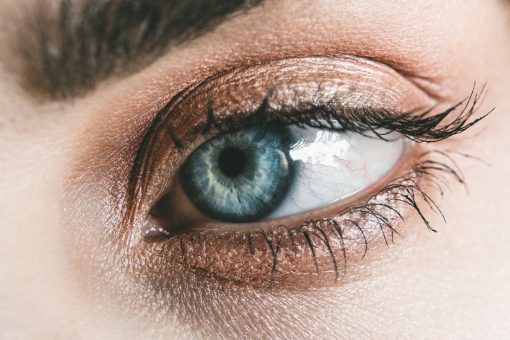 Appearance may be a higher priority for some people than others. Regardless, though, no one wants to look older or run-down.

Unfortunately, that’s what happens when the skin above your upper eyelid sags and droops. If you’re considering upper eyelid surgery to address it, there are plenty of benefits you stand to gain.

1. Restoring a Younger Shape Above the Eyes

We all have thin, delicate skin above our upper eyelid. Over time, that skin has less and less collagen: a natural protein that makes the skin firm. When this happens, the skin can’t withstand gravity so it sags and droops.

While this happens to all of us to some degree, certain people are genetically predisposed to drooping eyelids or ptosis. Those people could notice this problem from an early age, but aging can make it worse as early as their 20s and 30s.

Upper blepharoplasty is the only effective, reliable way to get rid of that excess skin and give your eyes a younger look.

Have you ever woken up in the middle of the night to go to the restroom? If you looked in the mirror in the process, you probably noticed that your eyes were half-closed and noticeably tired.

When the skin sags above your upper eyelids, it has the same effect. It makes your eyes look droopy and partially closed. This is why so many upper eyelid surgery patients say that after surgery, people remark about how well-rested they look.

3. A Boost of Confidence

They say that beauty is only skin-deep, but anyone will tell you that this isn’t true. Your opinion about your appearance matters.

If you feel self-conscious about looking older or tired, it weighs on you every day. The nagging discomfort is always in the back of your mind. Some people are even so unhappy with their appearance that they shy away from family photos and other fun occasions.

Getting rid of that self-consciousness with upper blepharoplasty can lift a weight off your shoulders, leaving you more free to enjoy each day.

If you’ve ever had someone mention that you look like you’re in a bad mood even though you aren’t, your eyelids could be to blame.

Narrowing your eyes is part of making a frown. Unfortunately, when the skin above your eyelids sags so much that it makes your eyes look smaller, it has the same cosmetic effect.

You may be surprised how much of a difference you’ll see in your social interactions when you no longer have an “angry resting face.” People will see you as more friendly and positive, so they’ll approach you in a more cheerful manner too.

5. An Improved Field of Vision

In people who don’t have sagging eyelids in their genes, usually, any skin sagging is a cosmetic issue. For those with a genetic risk for it, though, their genes combine with their natural aging to create a more severe droop.

In fact, the sagging can become so severe that it falls in front of your eye and blocks part of your vision.

It takes time for that sagging to happen, so the change may be too subtle for you to realize. Try this test: take your thumbs and push up your eyebrows. If this gives you a better field of vision, then upper eyelid surgery probably would, too.

6. Less Time in Front of the Mirror

Everyone has their way of dealing with facial aging. Some people choose to deal with it by using tricks and techniques to make it less noticeable.

When it comes to aging and sagging skin above your eyes, that technique is makeup contouring. You may spend several extra minutes every day in front of the mirror, drawing and blending with different colors to make your upper eyelids look younger.

After upper eyelid surgery, you can cut out that part of your morning routine. You’ll have the natural definition you want below your eyebrows instead of trying to create it with an optical illusion.

Part of the frustration of aging is that it affects your face in several ways at the same time. Chances are that sagging skin above your eyelids isn’t the only part of your appearance you want to improve.

When you have upper eyelid surgery, you can combine it with other treatments to get more comprehensive results.

Who among us doesn’t want to have more options in life? When you see a great new eye makeup trend but you can’t use it because sagging skin blocks your upper eyelids, that seemingly small limitation can be frustrating.

With a more youthful and desirable contour above your eyes, you’ll have the freedom to try anything from a smoky eye to a colorful rainbow of eyeshadow.

Even if you already have a favorite eye makeup routine, upper eyelid surgery will make it easier by giving you more space to work with.

With every cosmetic surgery, patients have to make a choice. Which would they prefer to have: the aesthetic issue they have now or the scars that the surgery would leave behind.

In upper eyelid surgery, that decision is far easier than most. When we perform this procedure, we make the small incisions in a way that hides them within the natural folds of your eyelid.

After the initial healing period, most patients have a hard time seeing their incisions at all. Not only does this give you a great-looking result, but it allows you to control who you tell about your surgery. You’ll avoid all the awkward questions about how you got your scar because no one will see it.

Today, there are several non-surgical skin tightening treatments available, but they all have catches.

Some aren’t safe to use in the area around your eyes, so they won’t firm the skin above your upper eyelid. Others may be safe for that area, but the results they achieve are subtle and last a year or two.

Upper eyelid surgery is different. It won’t stop the skin from aging and sagging again, because nothing can, but it tends to last five to seven years or much longer.

If you were born with more skin above your eyelids to begin with, your skin might never age enough to take you back to the way you looked before your surgery.

How to Get Upper Eyelid Surgery for Yourself

There you have it: upper eyelid surgery can help you look younger, happier, and more rested, all while giving you more confidence, freedom, and more.

If you want to start the process of your own upper blepharoplasty, it starts with one phone call. Call us for a consultation to discuss the procedure and what it can do for you. 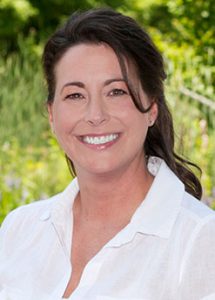 She began researching LASIK® immediately after it became available. “… END_OF_DOCUMENT_TOKEN_TO_BE_REPLACED